When it was finally announced that Joe Biden had chosen Kamala Harris as his running mate, we realized that a deadly alliance had been formed between the abortion industry (i.e. Planned Parenthood) and the Democratic party. This deadly alliance will result in the death of American citizens, at taxpayer expense, before they are even born if the Democratic candidates win the 2020 election. It is our duty to stand for the rights set forth in the U. S. Constitution and Declaration of Independence that have been purchased at such great cost: the Right to Life, Liberty, and the Pursuit of Happiness. Let’s look at these rights further:

Liberty: Broadly speaking, liberty is the ability to do as one pleases. … In this sense, the exercise of liberty is subject to capability and limited by the rights of others. Thus liberty entails the responsible use of freedom under the rule of law without depriving anyone else of their freedom. (Wikipedia)

The Pursuit of Happiness: Using happiness as the aim of public policy is not a new idea. In fact, to understand this perspective on governance, one must only look again to Thomas Jefferson who once wrote, “the care of human life and happiness, and not their destruction, is the first and only legitimate object of good government.”[14]

I wonder what Thomas Jefferson would think of our new “protests” that result in the destruction of property, murder, and “cancel culture” movement? Certainly, he would be appalled!

I reported in my last post, “Fixing the Machine“, that our only hope for America was repentance and a return to the godly roots of our forefathers. I’m not the only one to reach and share this conclusion: (Banned Video)

“This is literally a life and death election.”

Please join us in praying for revival and joining the grassroots movements toward that are breaking out in the cities that have been the most disrupted throughout our land in recent weeks. (I understand that you haven’t heard about this in the news cycle.)

We also need to remember for our nation in the face of the continued persecution of the Christian church under the guise of protection from the spread of Covid-19. Liberty Counsel is defending pastors who are now being charged with criminal activity for practicing religious liberty in the face of discrimination in California. If you’re concerned about the Covid-19 situation and danger of attending church this morning, please view the following video: (Video banned by YouTube)

In lieu of the recent political conventions that were just held, the lines could not be more clear: abortion is the key issue in this election. It’s clearly a matter of life and death, not only for our pre-born citizens, but for America herself.

Whether you are able to attend a church service this morning or not, I hope that you will continue to pray for revival in America throughout the next 60 days until this historic election. Pray that we will remain “One Nation Under God” rather than adopting the Democratic version of the Pledge of Allegiance which deletes the words, “under God”.

Truly, we are voting for much more than the next president of the United States of America.

When it was finally announced that Joe Biden had chosen Kamala Harris as his running mate, we realized that a deadly alliance had been formed between the abortion industry (i.e. Planned Parenthood) and the Democratic party. This deadly alliance will result in the death of American citizens, at taxpayer expense, before they are even born if the Democratic candidates win the 2020 election. Trump Slams Biden on Coronavirus Lockdowns: “We Can’t Lock Ourselves in a Basement Like Joe Does” 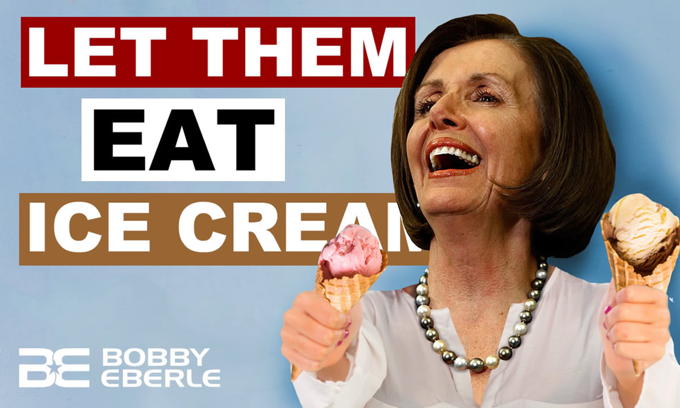