In 2017, I was invited to join the team at Lanterns.buzz where the motto is “We’re here to fix the machine“. I’m in the process of writing my 33rd post representing the group Common Sense Constitutional Conservatives. Please visit and follow our page as well as joining our group.

Our mission is to build a nationwide conservative social media platform of grassroots American patriots that honor God which instills principled, value based, educational and useful information on today’s complicated issues. We are lay American conservatives networking with other conservatives around the nation in an effort to combat socialism/progressivism.

In my last post, I wrote about Nancy Pelosi’s out-of-touch response to President Trump’s Paycheck Protection Program. I found the image created by Bobby Eberle to be perfectly appropriate to the situation. It wasn’t the first time that Pelosi had been in my cross-hairs. In regard to the Democratic alternative to the Paycheck Program, Pelosi introduced a bill that further funded the Democratic mission to promote and fund abortion.

Following are some recent examples of the first two points on the validity of authority/rules:

According to the Washington Post – June 3, 2020: On Monday night, as federal law enforcement officers fired rubber bullets and chemical gas at protesters outside the White House, President Trump stood in the Rose Garden and issued a threat. If the nation’s governors don’t call up National Guard troops to “dominate the streets,” Trump said, “I will deploy the United States military and quickly solve the problem for them.” After Trump made the threat, three words began trending on Twitter: the Insurrection Act.

According to Compelling Truth: Situational ethics depends on a bendable and changing definition of right and wrong. What once was right is now wrong, and what once was wrong is now right. These ideas are subject to change based on our personal current determinations.

The rest of the points are self-evident. We’re constantly confronted with the term “fake news” in regards to the offerings on many networks. Opinions used to be editorials and the news was the reporting of the five facts (i.e. who, what, when, where, why) with little political content or interpretation. Depending on the source, a situation will now be described in one place as positive and in another as negative. This is most true if politics enter the discussion.

Let’s consider the current situation following the George Floyd arrest/murder. This situation resulted in the riots described above in some places as protests and above as insurrection. The results were more tragic than one could imagine as innocent children were killed in the name of George Floyd. I’m not implying that a public response was not warranted, but the violence that we witnessed was not balanced and has done little to right the situation or even to suggest a logical remedy.

In LifeNews and LifeSite which I share regularly in my blog, Abolitionist Arise, I embed articles and add links to information mentioned in the posts or related material with my mission in mind: the abolition of abortion. In the discussion of Black Lives Matter, I’ve shared information about the origin of Planned Parenthood which was created by Margaret Sanger, which Bradley Mattes, the President of Life Issues Institute, a national pro-life educational group, described: Margaret Sanger Wanted to “Exterminate” Black People. Planned Parenthood Calls Her a “True Visionary”. Mr Mattes concluded his post:

Don’t be fooled by superficial window dressing. Planned Parenthood continues to harbor (as their own staff charge) “systemic racism.”

I will agree with Planned Parenthood’s president on one point that was shared in Steven Ertelt’s article: “This is literally a life and death election.“

“This is literally a life and death election,” Alexis McGill Johnson, acting president of Planned Parenthood, told NPR about her group’s decision.

She’s right, but for the wrong reasons. For the 345,672 unborn babies Planned Parenthood killed in 2019 and the 60 million unborn children killed under Roe v. Wade since 1973, it is a life or death decision indeed.

I believe that the protests following George Floyd’s death may have been an honest response to witnessing the murder recorded in the video. Whether it was hijacked for political reasons is a discussion for another time. An injustice was seen and responded to. I wondered at the time, if people actually saw abortion/infanticide, would they respond or continue to ignore the ongoing carnage that has been legalized in America in the name of choice?

There are some upcoming events that I hope you will participate in to protest abortion and to pray for it to be abolished:

I hope that the list I shared from Woodrow Kroll/Chuck Swindoll is evident in our society today more than ever. In watching the news (fake or real), I don’t have any other suggestion that I believe will actually fix the machine except for a return to our roots which we just celebrated on July 4th and a resolve to pray for revival in America. If 7:14 from The Family Leader includes a guide, a app, and the ability to share the urgent need with others.

I’ll continue to share what I believe is real news here on Lanterns.buzz. I invite you to like and share Common Sense Constitutional Conservative with ways that you can participate in returning America to the United States that she was designed to be as we pledge allegiance to our flag.

Most of all, I ask you with all my heart to join us in praying for revival in America. Let it begin with me!

Biden Coronavirus Advisor: People Older Than 75 Should Get Vaccines Last 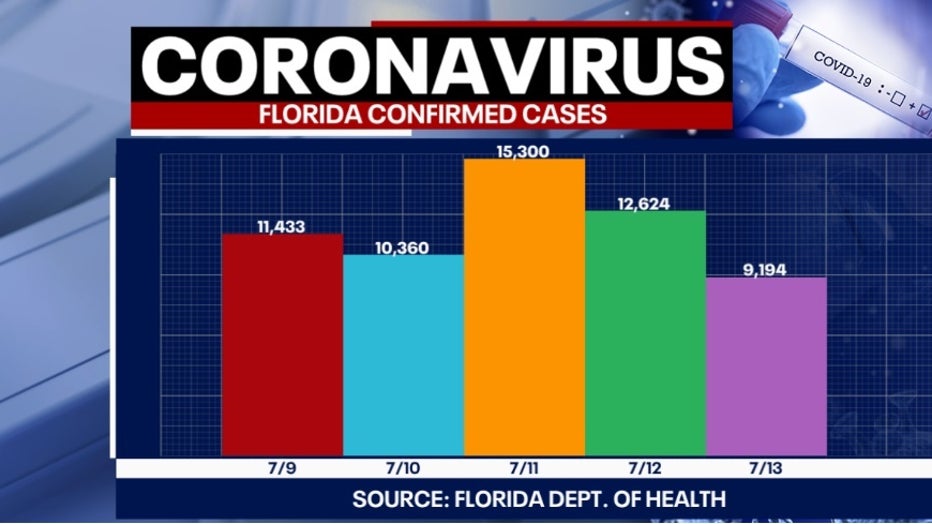