The phrase that previous generations used to describe gangsters, thugs, top ten most wanted, etc., Public Enemy Number One is now the only term that I can perceive to describe an enemy so great as to preclude the impassioned attitude poisoning our nation today. Who is this wicked threat to our society who must be stopped by any means and whose death whether by lethal injection, violence, or neglect is essential? The threat of his/her survival has put even our healthcare workers in the position of needing conscientious objector status to avoid participation in the voiding of even the Hippocratic Oath (which by the way has evolved or is avoided altogether) since it originated. Who is this evil one? It is a baby who has had the gall to survive an abortion.

Here are some of the many divisions (although they’re changing every day):

Abortion Due to Genetic Anomaly Banned

All or Most Abortions Banned

Regardless of our pious platitudes, exceptions, and bans, he lives or dies based on his mother’s decision and she can walk away if he/she survives. After that, everybody else better walk on by. Nothing to be seen here. Unfortunately, Argentina already tried that and after a baby survived up to 10 hours receiving no comfort or care, the medical staff called for conscience protection. According to LifeNews on May 24th, “President Trump Issues New Rule to Protect Conscience Rights of People Who Oppose Abortion“. Well, some healthcare workers are protected for now: the babies, not so much.

The very term infanticide should be enough to stop the insanity. We are aware of approximately 270 abortion survivors. The following is a video that includes how three of the most outspoken feel about our current status.

Infanticide is the clarion call of the Democratic party as the 2020 election nears: Bernie Sanders, Kamala Harris, Cory Booker, Kristen Gillibrand, Amy Klobuchar, and Elizabeth Warren may technically be running against one another as much as they are President Trump, but on this issue, they are in lock-step: If an abortion was intended, the baby must die. The sooner the better, but after birth is perfectly acceptable. Unfortunately, in this matter, our national forefathers are likely rolling over in their graves as America destroys herself by killing her own citizens before they are even born (preferably).

As Bob Bennett explained in his excellent analysis of the current situation, infanticide is the natural progression of the already illegal Roe V Wade:

When the Born-Alive Abortion Survivors Protection Act was introduced by Sen. Ben Sasse (R-Neb.), “U.S. Sen. Patty Murray (D-Wash.) used her authority to table a bill in the Senate.”

Here are some of the strong appeals that were given in favor:

“I hope that none of my colleagues on the other side of the aisle invent – invent – any reasons to block this request later today,” McConnell said. “That would make quite a disturbing statement. If they do inexplicably block Senator Sasse’s effort, I can assure them that this will not be the last time we try to ensure that all newborns are afforded this fundamental legal protection.”

Sen. Mike Lee (R-Utah) also supported the bill, which, he noted, “takes no position on abortion.” He pointed out that, under the proposed law, even if a child is born “in the most dangerous place in the world for an infant – that is, a Planned Parenthood clinic – he or she becomes a citizen of the United States.”

“Boy or girl, black or white, rich or poor: each deserves – paraphrasing the immortal words of Abraham Lincoln – an unfettered start, and a fair chance, in the race of life,” he said.

Here are some other thoughts from Megan McCain (The View) and Senator Sasse’s explanation by Ben Shapiro:

Bob Bennett’s article continues to explain that even though this is very familiar ground i.e. there is already a law intended to protect abortion survivors which passed in 2002, HR 2175, it has been allowed to weaken and two recent erosions:

Additionally, a bill proposed last week in Virginia, H.B. 2491, would have allowed abortion up to birth. Virginia legislatures also considered how to deal with this public enemy and the governor calmly explained that a doctor or two would consult with the parent(s) about whether the child would receive necessary medical care to survive.

There is so much more to discuss, but as sidewalk counselors have said each morning as they defy the odds and stand pleading and praying for one mother to change her mind, let’s be sure that any child who does survive an abortion is given every legal protection as a citizen of the United States of America. I believe that the reason they do not, today, is because eventually, the left knows that Personhood at any point in the discussion would end abortion.

The American Center of Law and Justice (ACLJ) shares other recent concerns and petitions in their recent update:

The Fight for Life is the cultural battle of our time.

The Left is suing states for banning abortion once a heartbeat can be detected. It’s ignoring babies’ heartbeats. It’s ignoring that they feel pain. It’s denying their personhood.

Now a major case that could defund millions from Planned Parenthood is on appeal. Our critical briefs are due in just weeks.

Read Our Report: Life Is the Cultural Battle of 2020.

The Left is now suing to block a new HHS rule we supported to protect pro-life medical professionals from being forced to participate in abortions. We must defend these vital conscience protections. Mother Charged With Murdering Her Unborn Baby, His Body Had 6 Times the Toxic Limit of Meth 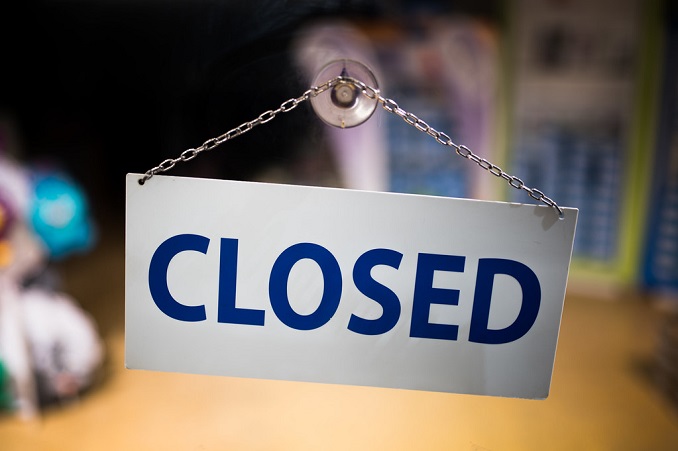 BREAKING: Judge rules dad will have say in gender ‘transition’ of 7-year-old