Tomi Lahren is everything a millennial wants to be if I understand the website WhatIs.com.

Millennials grew up in an electronics-filled and increasingly online and socially-networked world. They are the generation that has received the most marketing attention. As the most ethnically diverse generation, Millennials tend to be tolerant of difference. Having been raised under the mantra “follow your dreams” and being told they were special, they tend to be confident. While largely a positive trait, the Millennial generation’s confidence has been argued to spill over into the realms of entitlement and narcissism.

This is heartbreaking because she represents her generation perfectly, and they worship her. This whole situation is a symptom of a greater disease. It’s not about a person, Tomi Lahren, at all. This is about the disease threatening the United States of America. We all need to pay attention because this disease is terminal.

As a publicity expert, Tomi is unhindered since she’s probably familiar with the saying, “There’s no such thing as bad publicity.” After all, it worked for Kanye West. (I doubt that this situation is causing Glenn Beck to lose any sleep either.) She’s probably spending her week-long vacation (suspension) from his “conservative” show getting perspective at some spa that we would only dream about. (You’ll have to wait five minutes for the next tweet from the Paparazzi to find out whether I’m right.) Or, according to The Blaze, she may have already been invited to Fox News…

“There’s no such thing as bad publicity.”

First of all, in the sequence in question, Tomi never actually said she was pro-life. I had to rewind her “pro-life” video (recently removed @youtube.com) with subtitles because I thought she said “…that’s how WE appear” which would have been sufficient validation. But, she did say THEY, even though subtitles had a typo. Frankly, I think that everyone has missed the point. In my opinion, her original statement was all about keeping up appearances. Tomi was actually reprimanding Lena Dunham for her absurd comments exposing the pro-abortion movement. She was not speaking up for those who have no voice, as I try to do through my blog, EmpowerShop Pro-life, for example.

Secondly, Glenn Beck, conservative though he claims to be, didn’t care when he hired her:

“If you’re pro-choice, you can have a job at The Blaze”, Beck said on his radio show. “I don’t hire people who are sycophants or have my opinion.” He cited as an example former Real News host Amy Holmes, an openly pro-choice employee of The Blaze.

He expressed disbelief at Lahren’s abortion change-of-heart, quoting her “baby killers” clip from December, in addition to a video—written by Beck sidekick Stu Burguiere—that she participated in with fellow Blaze employees mocking pro-choice activism. “This seems to be a relatively recent change”, Beck said.

He ever-so-subtly dissed Lahren, too, by championing his belief that “intellectual rigor” must be applied in all arguments—even ones with which he disagrees. “I want people to make a real argument, so we can learn from each other and we can grow.”

In the second half of the above video, she stated that she would feel hypocritical to draw a line between abortion (because it relates to a woman’s body) and gun ownership as they relate to the Constitution. This shows a severe lack of the intent of our founding fathers which is abhorrently universal.

All the rhetoric and response that follows her one of her several appearances on The View (… the original forum in which real women discuss everyday issues, share their opinions and engage in colorful conversations.) is much ado about nothing if it responds to something she never intended based on incorrect assumptions.

Admittedly, valid points were raised about why pro-lifers are not hypocritical (See Example 1, Example 2). Unfortunately, their target, Tomi Lahren, likely didn’t interrupt her hot stone massage to reconsider. Imagine a sidewalk counselor outside a Planned Parenthood clinic pleading with her to interrupt her wildly successful career for an unplanned pregnancy. Would she lay it all down for a heartbeat? (Albeit she would never be allowed to view an ultrasound video or hear her baby’s heartbeat at Planned Parenthood, although the abortionist is likely utilizing it to complete the dismemberment abortion.) Apparently, her response would be to stay out of her body or she’ll get her gun. This is why the disease affecting America is terminal.

I want to remind us of a few of the finer points of journalism: There is a difference between fact and opinion even though both fall under the umbrella of journalism. It is imperative that we discern which is which. Some would consider this “judging”.

Coincidentally, my original career choice was journalism. Things didn’t work out the way I hoped when I was in high school, but I have no regrets. But, this isn’t about me… or is it? More to come on that.

Conservative Abortion is an oxymoron.

Constitutional Abortion (although legal) is an oxymoron.

Because we’ve lost the ability or inclination to think, we wait for soundbites and consider them “news”. If Glenn Beck or Tomi Lahren claim to be conservative or constitutional, then who are we to judge? Return to bullet one: It is imperative that we know the difference and this means that we must have criterion with which to judge. Let’s begin by comparing definitions from Webster’s Dictionary 1828 – Online Edition and Dictionary.com.

Definitions Then and Now

I personally can’t see how under either the 1828 version or the modern definition, someone who finds abortion acceptable for any reason is conservative: Ironically, the 1828 version of Abortion is an afterthought in today’s dictionary.

While Personhood was an issue in 1828 if we consider the plight of slaves, it wasn’t included in the dictionary of the time. However, comparisons have been drawn by CPT Terry M. Hestilow, USA, Ret.:

The infamous 1973 Roe v. Wade decision made by a corrupt 7-2 Supreme Court placing the right to kill pre-born children alongside our other constitutional rights was a replication of the equally infamous 1857 Dred Scott v. Sanford 7-2 decision written by pro-slavery Chief Justice Roger Taney protecting slavery and denying the right of personhood to people of African descent leaving them in an unmitigated perpetual state of slavery.  This “note” not only draws the parallels between the two corrupt Supreme Court decisions; but also explores what these decisions may mean to you and me in the days ahead where “age, place of residence, condition of dependency on others, and condition of health” may set the stage for a new type of abortion for those on the opposite end of the age spectrum.  It is only logical.

Ironically, only the British Dictionary seems to define why abortion denies personhood and is actually unconstitutional.

This is why Tomi Lahren’s self-definition of being a “Conservative, Constitutional Pro-Abortion” is an oxymoron and a symptom of a greater disease threatening America. I leave you with one more quote:

“Those who do not learn history are doomed to repeat it.”

According to Nicholas Clairmont, who implied in the blog, “Big Think”, it may all be moot. I hope for our sakes that he is wrong otherwise, we can never hope to change anything. Thank God, all evidence is to the contrary: someday, we may actually change the minds and therefore the definition of millennials including Tomi Lahren.

I mentioned that as a youth, I wanted to become a journalist. I was diverted when I fell in love during my senior year and accepted the proposal of my husband of forty years this May. I married a minister, raised a daughter, and now, I’m the proudest grandmother that you’ve ever met, perhaps. Somewhere along the way, I started this blog among other pursuits. Admittedly, I usually repost articles from reputable pro-life resources to share on social media. At times, I pause from playing with O. O. (Owen Osvaldo) to write something original.

Recently, I was invited to become a contributing writer for Common Sense Constitutional Conservatives (new website to come) which is part of Lanterns.Buzz. Our vision, unlike Glenn Becks, is not to allow every opinion on the earth (with reputable sources, albeit) to be represented under the guise of conservatism to attract a target audience. We actually want to educate and change… No change is not the right word. We need to reveal and recover the original intent of the Constitution of these United States by remembering where we came from, return to the 1828 definition of Conservative, and verify that life isn’t decided or imputed by individuals, states or nations.

Unalienable rights are those which God gave to man at the Creation, once and for all. By definition, since God granted such rights, governments could not take them away. In America, this fundamental truth is recognized and enshrined in our nation’s birth certificate, the Declaration of Independence:

“[A]ll men are created equal…[and] are endowed by their Creator with certain unalienable Rights, that among these are Life, Liberty and the pursuit of Happiness.”

Then we can honestly stand and proclaim:

“I pledge allegiance to the flag of the United States of America, and to the republic for which it stands, one nation under God, indivisible, with liberty and justice for all.” 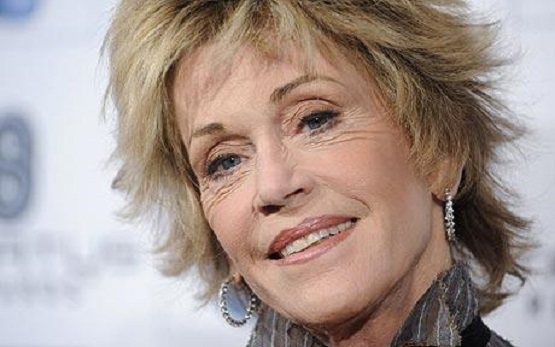 Poll: More Christians Will Support President Trump in 2020 After His Strong Pro-Life Record